In Bulgaria, the air pollution mortality rate is three times above the European average. The World Health Organisation report points out that the quality of the air from previous years has not improved. In Sofia the values of fine dust particles exceeded the average daily rate 1.5-2 times and the European Commission sued Bulgaria for non-observance of the norms.

Air Quality Group (AQG) is a unification of several non-governmental organizations and lawyers. It was submitted on 29 May 2017 by “Spasi Sofia” (Save Sofia NGO), “For Earth - Access to Justice”, “Association of Type 2 Diabetes” and “Center for Independent Living”, as well as by lawyers Dimo Gospodinov, Hristo Hristev and Ivan Velov.

d:istinkt actively supports the AQG pro bono as part of its CSR initiative. The agency provides full communication support, including, but not limited to PR strategies, media and public relations, press activations and communication pushes, event management, guerilla marketing initiatives among others.

to deal with Sofia's chronic problem - the polluted air.

We knew we had to act fast as the local government was downplaying the issue and not paying the necessary attention to the pollution.

The first initiative of the group was to file three class action suits against Sofia Municipality because of the lack of adequate and urgent measures to combat the dirty air in the capital.

The case aimed to prove Sofia Municipality is guilty of inaction during the period 2015-2017 for the poor quality of the atmospheric air in Sofia. Several weeks after filing, Judge Bozhana Zhelyazkova refused to examine the case, and the reason for the dismissal was that she and her family were also victims of poor air quality in the capital. After a new distribution, the case was assigned to Judge Bogdana Zhelyavska who scheduled the case to be seen at the end of the year. After that she terminated it. In its motives, the Sofia City Court argued that the AQG does not have "proven experience, knowledge and financial resources" to protect the public interest.

d:istinkt carried out a guerilla campaign aiming to provoke public interest and to have the AQG increase the amount of people supporting its efforts in the battle for clean air.

Bulgarians have a tradition of preserving food in jars for the cold winter. Also, winter is the season with the highest levels of air pollution due to people in poor communities burning home waste, clothing, tyres and coal instead of using central heating or electricity. Another contributing factor is the increased automobile traffic, including public transport and private vehicles.

The first activation was called Ziminina za sofianci (Winter Supplies for the People of Sofia) and was executed at the beginning of winter as it is the usual time the conversation about air pollution records increasing public interest. The event saw empty jars filled with “clean air” from the Bulgarian mountains being offered to passers-by in front of the Palace of Justice. The main aim was to get the media to cover the issue and the class action suits AQG filed as well as raise awareness.

d:istinkt “filled” around 30 jars with clean air and made a menu. Every jar had a different label, with the air coming from specific places from Bulgarian mountains or seaside, places where the air is actually clean. The journalists were invited to take a jar for free.

Due to the fact that the client is being supported pro bono, d:istinkt focused on proactive media relations, press release dissemination and pitching related stories to journalists. In the period of 15 Oct 2018 - 15 Oct 2019 we managed to get covered by 150 news outlets, with AQG experts frequently being invited by the media to comment on issues in relation to the air pollution. 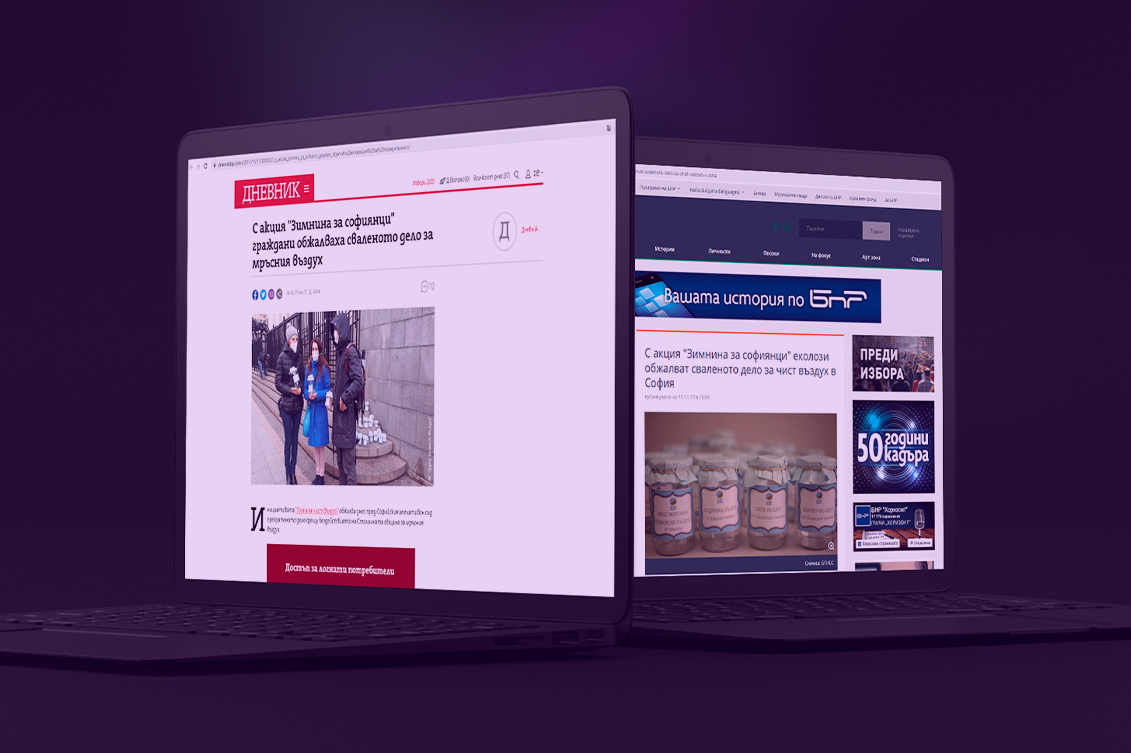 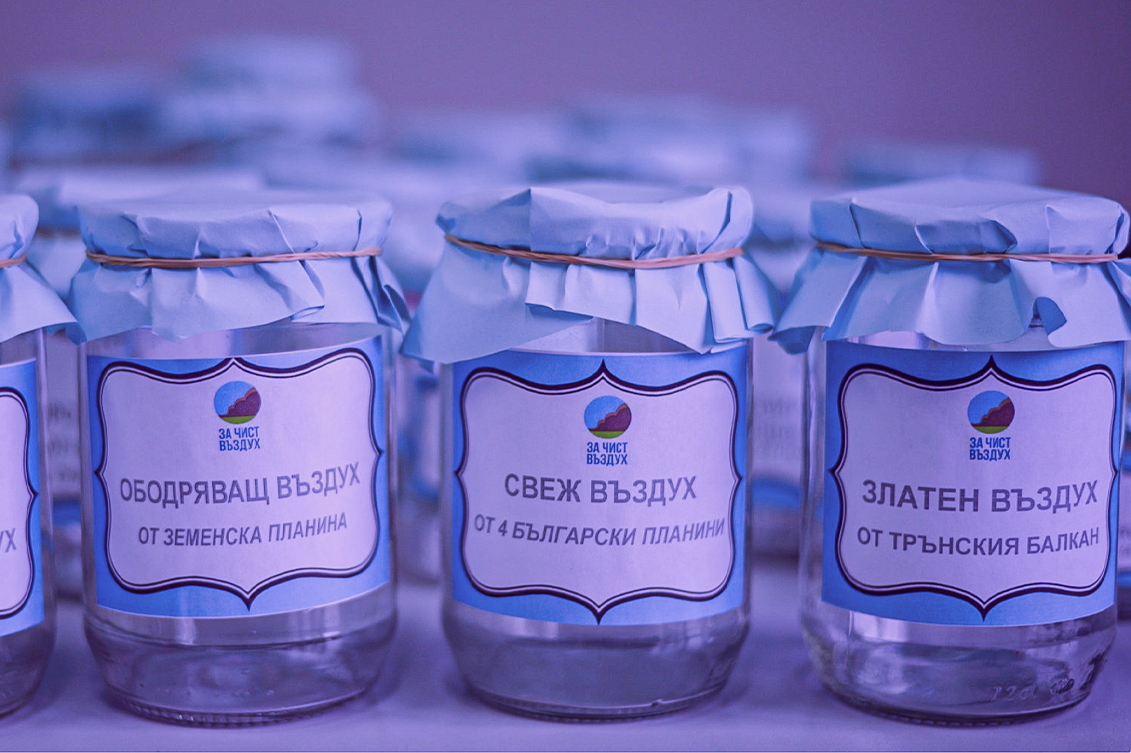 The campaign proved to be wildly successful, with media covering every press announcement and action taken by the AQG and d:istinkt.

Sofia Municipality announced it will celebrate the Cleaner Air Day. The day saw the Metropolitan Municipality giving up private and business vehicles in an effort to reduce air pollution.

Sofia Municipality said it will supply 20 000 families with free air conditioners - a measure aiming to reduce the use of wood and pellet stoves for heating.

Sofia Municipality announced a “green” public transport ticket. The reduced in price ticket is due to be introduced temporarily during periods with high air pollution to entice people to use public transportation over personal vehicles.

Due to the dirty air in the capital, the city council said it plans to clean the streets twice as more in 2019 when compared to previous periods. Machine sweeping is also due to be increased by 24%.

The Ministry of Environment and Water and the Mayor of Sofia signed a partnership contract for developing a Program for improving the quality of atmospheric air in Sofia for the period 2012-2026.

The conversation on air pollution on social and traditional media recorded an impressive increase during the last years, with most of the people now demanding rapid measures from the Mayor. Air pollution played a serious role in the political campaigns of all the candidates in the local election in Bulgaria.

For those building personalities